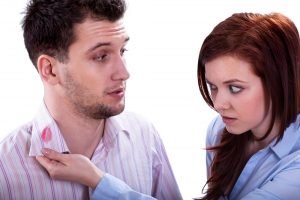 The betrayal of discovering your partner has been having an affair can lead to an emotional well that many people feel they’ll never escape. Whether it was purely physical, an emotional affair, or a combination of the two, the faithful spouse can spiral through bouts of grief, anger, depression, embarrassment, loss of trust, and complete emptiness as they realize they no longer know the person they married. The pain of betrayal is often unavoidable. Fortunately, there are some simple ways to recover from an affair.

While some affairs can be long-term or even result in permanent partnerships, most extramarital affairs last between 6 and 24 months. If your ultimate goal is to work things out and regain trust with your spouse, the affair absolutely must end. If emotional attachment is involved, the affair can be similar to an addiction for your spouse. So don’t automatically believe them when they say it’s over and that all communication and interaction has stopped. Contact a private investigator if you have any doubts at all.

Ending the affair may still not be enough to save the marriage. You owe it to yourself and each other to take some time and get your thoughts in order. Think about the course of the marriage and the problems you had before the discovery occurred. What may have led to the affair? Were there any signs you let pass, and if so, why? Were you possibly looking for an out beforehand? Never accept full responsibility or blame for your partner’s ultimate betrayal. But consider how you both felt in the marriage beforehand to help decide what you really want for your future.

Communicate and Be Accountable

Once you’re able to communicate civilly with your spouse, discuss the previous marital issues openly. If you’ve had the affair, admit it and be accountable for your behavior and betrayal. If you’re both still committed to the marriage, end all communication with the other person and even find a new job if they were a coworker. Say goodbye to locked phones, secret emails, and hidden texts and search histories. Your activities are now on full display. Rebuilding trust takes time and patience if it’s possible at all.

Close friends and loved ones can be a wealth of knowledge and support, especially in times of need. If you have loyal, trustworthy, and non-judgmental options, lean on them for help to recover from the affair. If you’re not sure how much you’re willing to disclose, consider asking a close friend or coworker who went through marital problems or divorce for recommendations on a professional therapist. But whatever you do, don’t internalize and try to handle your emotions yourself. They’ll just bottle up and bite you later.

Create a Plan to Restore Trust or Move On

Once you’ve decided what you want for your future, and determine if you can recover from an affair, create a workable plan to either regain trust or move on. According to studies, only 16% of marriages survive an affair. But it’s not impossible to get back on track if you’re determined. If you’re the spouse who had the physical or emotional affair, admit full accountability and focus on proving you’re worthy of forgiveness. If you’re the one cheated on, be willing to offer true forgiveness when you’re ready. Create a timetable together and stick to the plan.

If you feel that your husband, wife, boy friend or girl friend is cheating on you, be sure to tell us eveything. As your private investigator, we are only able to get you the proof and evidence you need if you tell us the whole story. Anything less can have a dramatic affect on our ability to get you the information you seek. Although we are among the best private investigators in the industry specializing in infidelity and cheating cases who are recognized experts in court, we are not magicians! We cannot make things exist that don’t. We cannot find infidelity where it does not exist and sometimes, despite signs to the contrary, there is no infidelity or it is too infrequent or too well hidden to be found.

Accordingly, we do not guarantee any outcome on any case.

CheatingSpousePrivateInvestigator.com is owned and operated by ASG Investigations, Licensed Private Detectives headquartered in Detroit, Michigan with offices in Florida, Indiana, Texas and Chicago. The agency works on cases nationwide and also contracts with licensed private investigators in other states as needed.

This site is Copyrighted © 2022. Unauthorized use in part or in full is strictly prohibited and violations will be acted upon.

When you need to know if your loved one is Cheating, contact the right Private Investigator.

The consultation with a PI is free, confidential and strictly anonymous. e-mail: info@cheatingspousepi.com

Have you noticed a:

You may also want to consider reviewing your spouse’s credit card bills.